MTG Fetch Lands | What are they and Why are they so Popular? 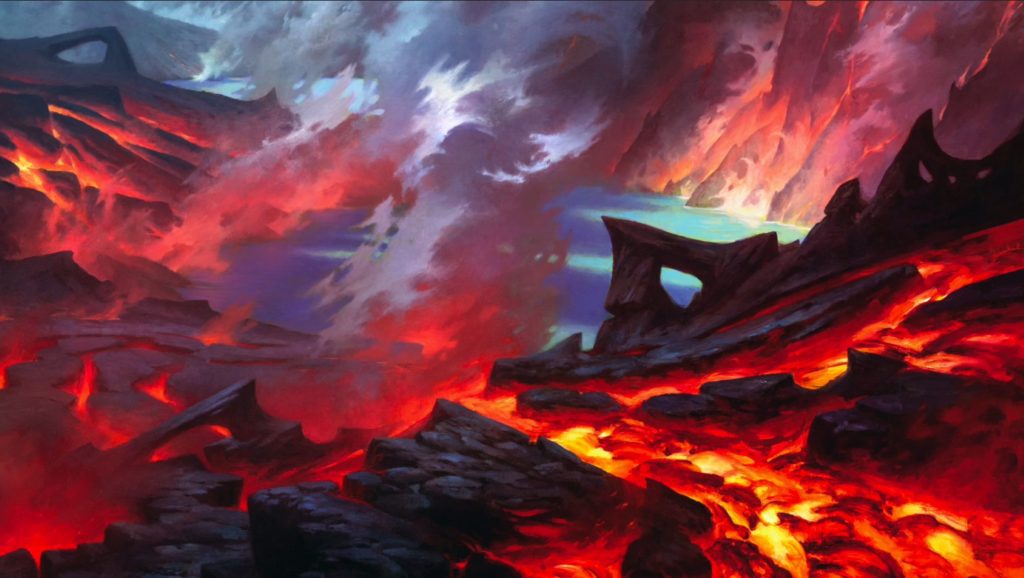 Especially lands that you almost always immediately put in the graveyard to find other, less expensive lands.

A Scalding Tarn these days can fetch (pun intended) up to $30, which is a lot for a land that essentially does nothing but find another land and make you lose 1 life.

If I’m going to spend a lot of money on a card I tend to want some big, splashy Timmy card like an Eldrazi or something, not a land that hurts me and goes to the graveyard immediately. Seems like such a lame thing to spend money on (of course if you proxy them, you bypass the expense).

Thankfully some of the fetches just got reprinted in Modern Horizons 2 so they’re not so expensive anymore but still a hefty investment to own a playset of each.

That’s the gist of my love-hate relationship with fetch lands anyway; they’re expensive and if you want to play competitive modern and legacy, they’re hard to avoid.

So, what exactly are fetch lands?

What are MTG Fetch Lands?

Fetch lands are a type of land that allows you to search your library for another land card and put it into play. While there have been a few cycles of fetch lands in Magic’s history, we’re going to be focusing on the best and most popular cycles.

Allied fetch lands were first introduced in the Onslaught set and they’ve been a vital part of Magic ever since. A few years later, Zendikar brought us the enemy fetch lands, and now there’s a fetch for every color pair.

Compared to standard fetches, slow fetch lands are extremely weak. In many cases, you are better off running a basic land in the slot. Onslaught fetch lands and Zendikar fetches are excellent because they come into play untapped. And frankly, the hit of one life is a small downside for the tempo.

Why are Fetch Lands so Popular?

If you’re a standard or draft MTG player and have never played modern or the eternal formats then there’s a good chance you may never have heard of fetch lands in the first place.

There are many reasons why MTG fetch lands are so important in the game. But first, here are the standard fetch lands (the links will take you to our product page):

First off, they allow you to thin out your deck. When you crack a fetch land, you can get rid of excess land cards that you don’t need at the moment. This helps to make sure that your draws are more consistent and that you’re less likely to end up with a handful of unusable cards.

Fetch lands are also important because they allow you to get the lands you need in order to cast your spells, especially in decks with multiple colors that require greedy mana bases. If you are using four mana colors for your deck, you need mana fixing.

The most common use of fetch lands is to fetch a shock land, however, if you want to tap the shock land on the same turn that you fetch it, you’ll end up paying 3 life. In many cases though, the extra tempo is worth taking a free Lightning Bolt to the face.

If you have Dual Lands, fetching them is even better!

This is the secret that makes Fetches so OP. They aren’t just two-color lands. They can be any color you want. When combined with Shock Lands or Dual Lands, a Misty Rainforest can fetch any color of mana. If you need a mountain, it doesn’t matter that the Rainforest doesn’t have red, you can simply grab a Steam Vents.

Without fetches, modern decks like 4-color Omnath and Zoo wouldn’t be viable. Both have color-dense mana bases and rely heavily on fetching shock lands and Triomes.

Whenever you fetch, you can search your library, and then you are required to shuffle your deck. Fetches plus Sensei’s Divining Top allow for better topdecking than with only the Top. This one’s more for commander but it’s also applicable to modern and legacy too with their numerous blue library manipulation spells like Brainstorm and Opt.

Wizards of the Coast introduced Landfall in Zendikar (seems like an important set for fetches overall), reintroduced in Zendikar rising, and revisited the ability in Modern Horizons 2. It’s a strong mechanic, but with MTG fetches, the triggers go brrrrrr and things get out of hand very fast.

For instance, Omnath, Locus of Creation is a beast right now in modern. Granted, it was strong in standard with only limited access to fetch lands like Fabled Passage, but in modern this thing gets absolutely bananas with access to every fetch.

The real strength of Landfall is how hard it is to stop; lands don’t go on the stack so priority is retained by the player. This makes Landfall triggers nigh on uncounterable except with Stifle or something similar.

Now, Wrenn and Six is quite a card, but with fetches his +1 ability gives you a guaranteed land drop every turn until you run out of fetchable lands.

Not only is this amazing for consistency, but also for thinning too; the longer the game goes on the more likely you are to draw a spell rather than a land.

No wonder he’s banned in legacy; his +1 with Wasteland or Strip Mine is disgusting.

Lowering your own life total

Some cards, like Death’s Shadow and Scourge of the Skyclaves, encourage you to damage yourself. As far as I know, there’s no more consistent method of losing 5 life on turn 1 than fetching a shock land, shocking and then Thoughtseizing.

Without fetches, modern Death’s Shadow decks would hardly be viable anywhere in Magic the Gathering.

A niche use-case, but a use-case nonetheless, the Revolt keyword requires a permanent you control has left the battlefield this turn. This is one of the reasons that even mono color decks like coffers control in modern run fetches; Fatal Push needs some reliable Revolt sources to be playable.

Again, a niche use case but one that I’ve stumbled across in a few games in my time. If your opponent is playing targeting land destruction effects like Pillage then keeping your fetches in play gives you some way to avoid all your lands getting destroyed.

Sadly this doesn’t work against mass land destruction, as when it resolves it doesn’t matter if your fetches stay in play or not; your lands are getting destroyed.

What are the other Fetch Lands to Consider?

Prismatic Vista is a good option. It can only fetch basic lands so it doesn’t have the flexibility of something like a Scalding Tarn or Flooded Strand which can grab a dual land or shock land.

That said, its line type is simply “Land.” This means you don’t have to match the color identity in Commander, for example.

It may also be better for 3 to 5 color decks, because you can pick any basic land you need, you aren’t limited to two color options. For some formats, this is worth running alongside other fetches.

Evolving Wilds is a very budget-friendly card. That said, it’s significantly weaker than our Onslaught and Zendikar fetch lands. It’s essentially a weak version of Prismatic Vista. It only allows you to fetch a basic land, and worse, that land comes into play tapped. You can’t use it until your next turn. It’s generally not worth playing unless you are working on low budget decks.

We typically recommend the standard allied and enemy fetches:

Side Effects of Fetch Lands

There is debate about whether fetch lands are too dominant for formats like modern. And while I don’t see them getting banned anytime soon, their sheer power and utility mean that their high price tags represent the barrier to entry for older formats.

Their power also has consequences inside Wizards of the Coast too.

Now every new land cycle they create needs to be sorted into two categories, either fetchable or not fetchable, if they somehow managed to make fetchable lands that are better than the shock lands modern could be in for real shake up.

Fetch lands can be annoying because they’re expensive and in so many modern, legacy, commander, and vintage decks. Many modern decks, in particular, wouldn’t be that pricey if it weren’t for the fetches in the mana base.

Commander decks, on the other hand, can live with or without fetches or even dual lands for that matter; that said, they do greatly enhance the consistency of your mana base, spell casting, and card draw. Most MTG players can benefit from them.

The bottom line is that while fetches are often obstructively expensive, they allow for much more diverse metagames and encourage more brewing.

If they didn’t exist then the metagames would be stale and it would be difficult to build decks with multiple colors.

Prices ebb and flow, but in general Magic the Gathering is getting more expensive. If you still really hate fetches or don’t want to spend money on cards that you effectively toss in the graveyard and ping yourself for then we recommend buying a set of quality custom proxy fetch lands. Swap out some basic lands for a fetch land or two, and your deck will immediately improve. Fetches are actually banned in pioneer to keep the format from becoming mini-modern.

Just make sure you avoid the slow fetches.