What are Magic the Gathering Proxy Cards? 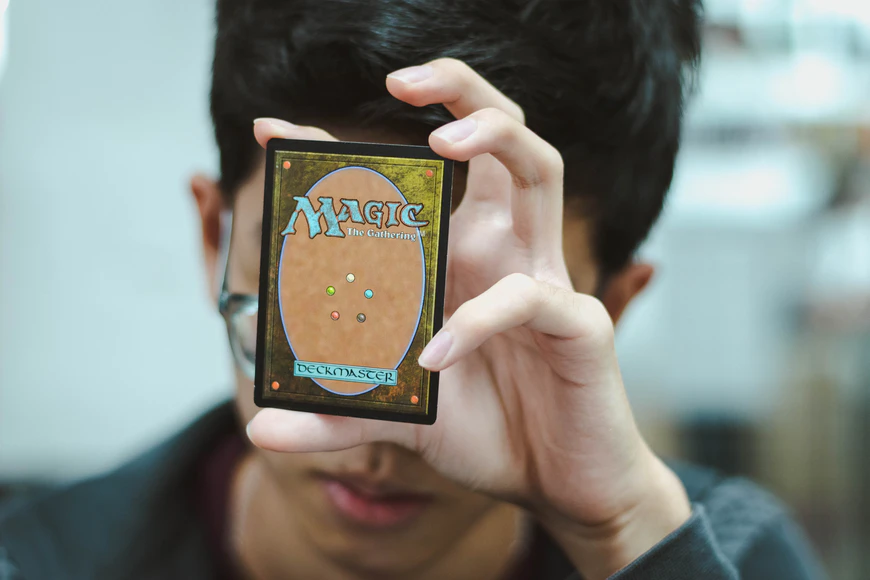 Anybody that’s either arriving late to the game of Magic: The Gathering or is working hard to fine-tune their experience of the game knows the importance of the cards they wield. While the official ones people purchase are printed by the WoTC (Wizards of the Coast), the official body of Magic, and distributed by the official providers, but what about cards printed by a third party?

Proxies are a somewhat controversial subject in the topic of Magic, but proxies can be necessary to the game for a number of reasons. Let’s show you what you need to know about proxy cards.

What Is a MtG Proxy Card?

A proxy, in its simplest form, is either a homemade copy or a stand-in for an official MtG card or another token. When playing Magic, some people may write down the name and the abilities on a piece of paper and cover a reverse card with a sleeve; some people may go a bit further and write the name of the card on the back of a bulk card; others may print out the card they need. The latter is an incredibly important component of MtG.

Proxy cards are not play-legal in the realm of sanctioned MtG.

A proxy card should be distinguishable from the official version, and one should never attempt to pass off a proxy as authentic.

This is why it’s okay to use proxies when you’re playing Magic with friends. Many people use proxies to represent certain tokens during a draft, and using proxies as stand-ins is not the same as trying to sell them as original.

Learn more about why our Proxy Cards are the best.

While there was confusion on the official policy by the WoTC, they have since outlined their stances on the use of proxies within certain situations:

This makes a lot of sense because if you are going to play in the events, they will want you to play with the proper products. They have to be authentic Magic cards within officially DCI sanctioned events, but the only exception is if a card has become damaged during an event. In these circumstances, a judge could issue a proxy for the duration of that event to allow the player to carry on.

WoTC Does Not Allow Proxies to be Sold as Genuine

If you try to sell a proxy while positioning it as an original card, this could get you in trouble with WotC. If you buy, sell, and trade proxy cards, be careful not to mix them up with your normal collection.  You don’t want to inadvertently try to trade one for an original card.

When Can You Use Proxies in MtG?

WoTC has said that they have no issue with the personal use of proxy cards, and even if MtG proxies are played within a store or an official setting, the WoTC does not want to “police playtest cards made for personal, non-commercial use.”

Therefore, proxies are allowed in any personal setting, whether it’s at the kitchen table or during a social function. It’s only when they are DCI-sanctioned events that players could be in big trouble if they brought proxy cards to the event.

It’s important to note that while the WoTC has made its stance clear, they are doing this on the assumption that proxies are for testing purposes, and players that use proxies will eventually purchase real cards. This is a common practice for many, as people use proxies to test new cards within commander decks before they purchase or trade.

Why Should People Use Proxies?

There are many reasons why you should consider using proxies. Many players prefer real cards and therefore, proxies do not serve a purpose, however, there are some good reasons to use proxy cards:

For Use in Casual Settings

The people who play Magic at parties or at the kitchen table may benefit more from using proxies. For many people, Magic is a very costly hobby with thousands of cards to choose from. Therefore, if you want to play with an expensive card or one that is hard to come by, you may benefit more from looking into proxies.

Some people are completists and want to play the game with a full deck of real officially sanctioned cards, but others are more focused on the gameplay. Just as long as the group is okay with proxies, it can give you that all-important Magic experience without the cost.

Proxies are very useful when you are in the process of testing new decks. You could either test them in casual settings or you may want to use them in playtest sessions. This is where you would play lots of different tests so you can understand the format.

Some people like to fine-tune a deck, but don’t want to purchase the new cards straight away, in which case, proxies can help you to try out new ideas very quickly.