What is Ninjutsu? MTG Mechanics 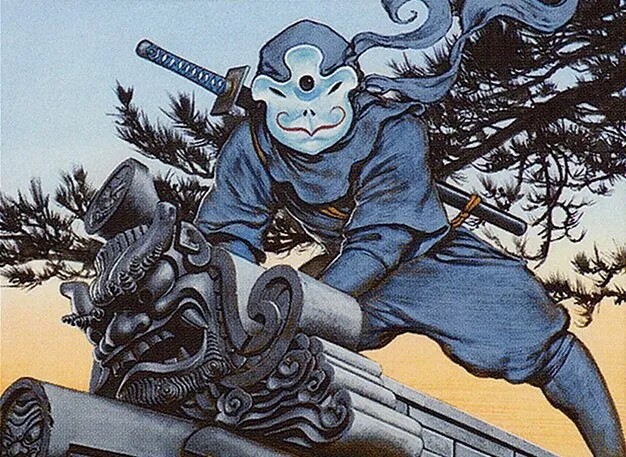 Ninjas. Huh? Well, this should be interesting. So what is ninjitsu?

Ninjutsu is a rare mechanic that only works when the card with the ability is in your hand.

When you attack with a creature that is unblocked, you may pay the ninjitsu cost of a card in your hand and switch the unblocked creature with the card.

The ninjutsu card enters the battlefield, tapped and attacking whatever the original creature was attacking.

As you can imagine, this works extremely well with rogues, unblockable creatures, creatures with shadow, any mechanic that lets your creatures get through unblocked.

In addition to working from a relatively odd zone, it also works with some odd timing. Since the creature you’re swapping out needs to be unblocked, the ability only works during combat. More specifically, after blockers have been declared. Usually, this will be at the end of the declared blocker step, but if you wanted, you could swap the creature out after damage at the end of combat.

Note that you are not casting a spell when you do this; you are activating an ability.

This sneaky ability can catch your opponent way off guard and force them to consider every blocking decision heavily once they know you’re playing with the mechanic.

Here is the official rules text on Ninjutsu:

702.46a Ninjutsu is an activated ability that functions only while the card with ninjutsu is in a player’s hand. Ninjutsu [cost] means [Cost], Reveal this card from your hand, Return an unblocked attacking creature you control to its owner’s hand: Put this card onto the battlefield from your hand tapped and attacking.