The Controversy Surrounding the D&D OGL Update: What You Need to Know 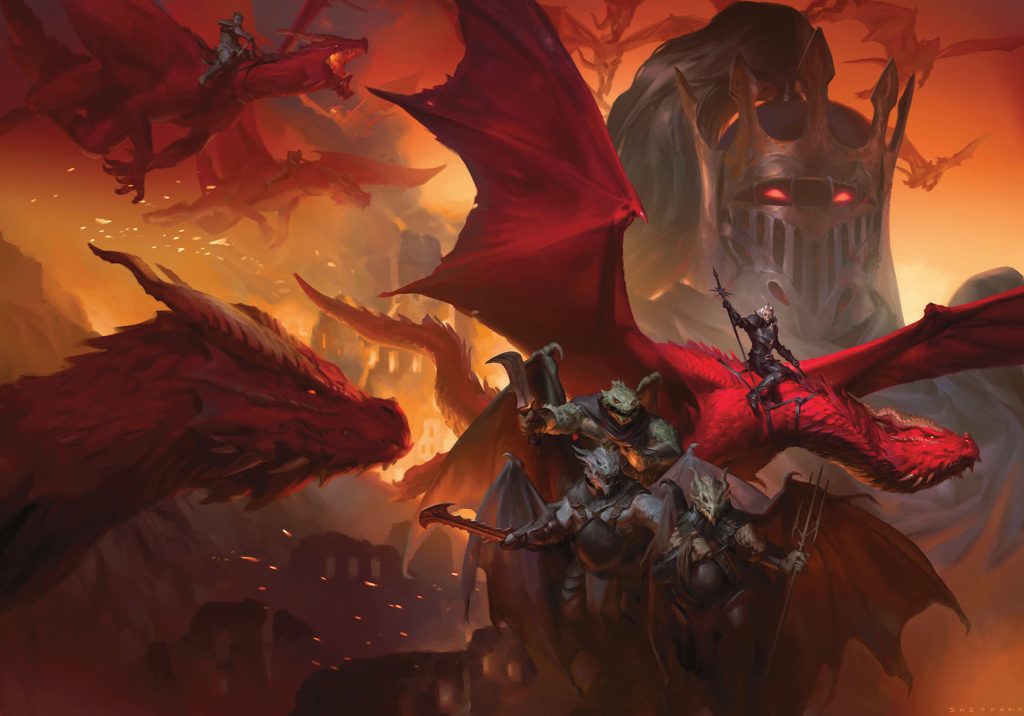 With a rich history spanning decades, D&D has captured the imaginations of millions of players and fans around the world.

One of the reasons for its success is the open game license (OGL), which allows third-party publishers to create their own material for the game. In this article, we’ll take a closer look at the OGL, what it is and how it works, and explore the benefits it brings to the game and its players.

As it turns out, Wizards of the Coast has been nefariously plotting to neuter the license as a quick money grab. We’ll explore the 1.1 proposal that was leaked, as well as their response to the backlash. This hits especially close to home, as our own Jim Halloway was one of the original and key artists for D&D. Additionally, many of us who play MTG also play D&D.

What is the OGL?

The Open Game License (which you can find here in it’s current form) is a legal instrument that allows third-party publishers to use certain parts of the Dungeons & Dragons game system without the need for a license or permission from Wizards of the Coast, the company that owns the rights to the game. This includes game mechanics, terminology and other parts of the game that are deemed as Open Game Content (OGC).

The OGL allows publishers to create their own products that can be used with the game, such as new adventures, campaign settings, and character options. This in turn, allows for a wealth of new content for players to enjoy and expands the possibilities of the game.

Limitations of the OGL

However, the OGL is not a free license. Publishers are still required to pay royalties to Wizards of the Coast for using the OGL material. Additionally, the OGL only covers certain aspects of the game, such as the rules and mechanics, and not the setting or story elements. This means that while publishers can create their own adventures and campaigns, they cannot use any existing settings or characters from the official game.

However, in January 2023, a revised version of the OGL was leaked, which has led to widespread controversy in the gaming community.

Proposed Changes to the OGL

The proposed changes to the OGL have been met with significant opposition from industry figures and fans. A primary developer decided to break away from D&D and create its own tabletop RPG system, and Pathfinder publisher Paizo announced a license of its own. The group behind The One Ring RPG also followed suit. Additionally, the number of fans canceling their online D&D subscriptions was so high that it crashed the website.

Changes to the D&D OGL After Backlash

Giving Away the Game’s Core Mechanics

The updated OGL also promises to give away the game’s core mechanics through a Creative Commons license. This means that the core mechanics will be freely available to everyone forever. The community can provide feedback on the license via a survey until February 3, and Wizards of the Coast will respond on or before February 17.

While the new OGL is a step forward, concerns still need to be addressed. For example, it doesn’t expressly say that royalties are out the window and the definition of harmful content could be abused. However, Wizards of the Coast is already working on addressing these concerns.

The initial proposed changes to the D&D OGL caused widespread concern among the gaming community. Products made with the first OGL were suddenly thrown into question, and smaller creators would have been hit particularly hard. The new OGL would have imposed a royalty fee of 25% of earnings beyond $750,000 per year and would have required creators to register and report their earnings. This would have significantly impacted the bottom line of smaller creators and led to cuts in content and jobs.

Why Does this Matter to Gamers?

The OGL has brought many benefits for the game and its players.

One of the key benefits of the OGL is that it allows for a wide variety of new content to be created for the game. This includes new adventures, campaign settings, and character options, all of which players can use to create unique and exciting experiences. This has helped to grow the overall community of players and fans, and has also helped to increase the popularity of the game.

Growth of the Overall Community of Players and Fans

Greater Creativity and Innovation in the Game

Another advantage of the OGL is that it allows for greater creativity and innovation in the game. Without the OGL, only Wizards of the Coast could create new content for the game. With the OGL, however, any publisher can create their own content, which has led to a wide variety of new and exciting ideas for the game. This has helped to keep the game fresh and interesting for players, and has also helped to attract new players to the game.

The proposed changes to the D&D OGL have raised many questions and concerns within the gaming community. Players and industry professionals must stay informed about the developments and potential impacts of the OGL update.

The OGL Update is the root of all the changes and the community reaction is the result of all the proposed changes.